A Guide to Cannabis Quantities

Everything you need to know about the most common units of measurement used in cannabis dispensaries for both flower and concentrates including ounces, grams, drams and concentrate jars.

A Guide to Cannabis Quantities

By Dan Saita in Cannabis Info

This guide will help you navigate cannabis dispensary quantities next time you pay a visit to a recreational or medical facility in the United States. Additionally, it will provide a brief history of cannabis quantities and slang terms.

Cannabis, and the way it is perceived, has come a long way from the 1970's-80's when an ounce of Thai Stick was split amongst a few friends in some basement by putting a finger, horizontally, up to a zip-lock bag and equating it to “an eighth, or so”. As the industry continues to mature from almost a century of prohibition and street vernacular, scales and scientific units of measurement now replace the once-common practice of “eyeing out” your weed. It’s worth noting that all of these units of measurement referred to below derive from the avoirdupois system. 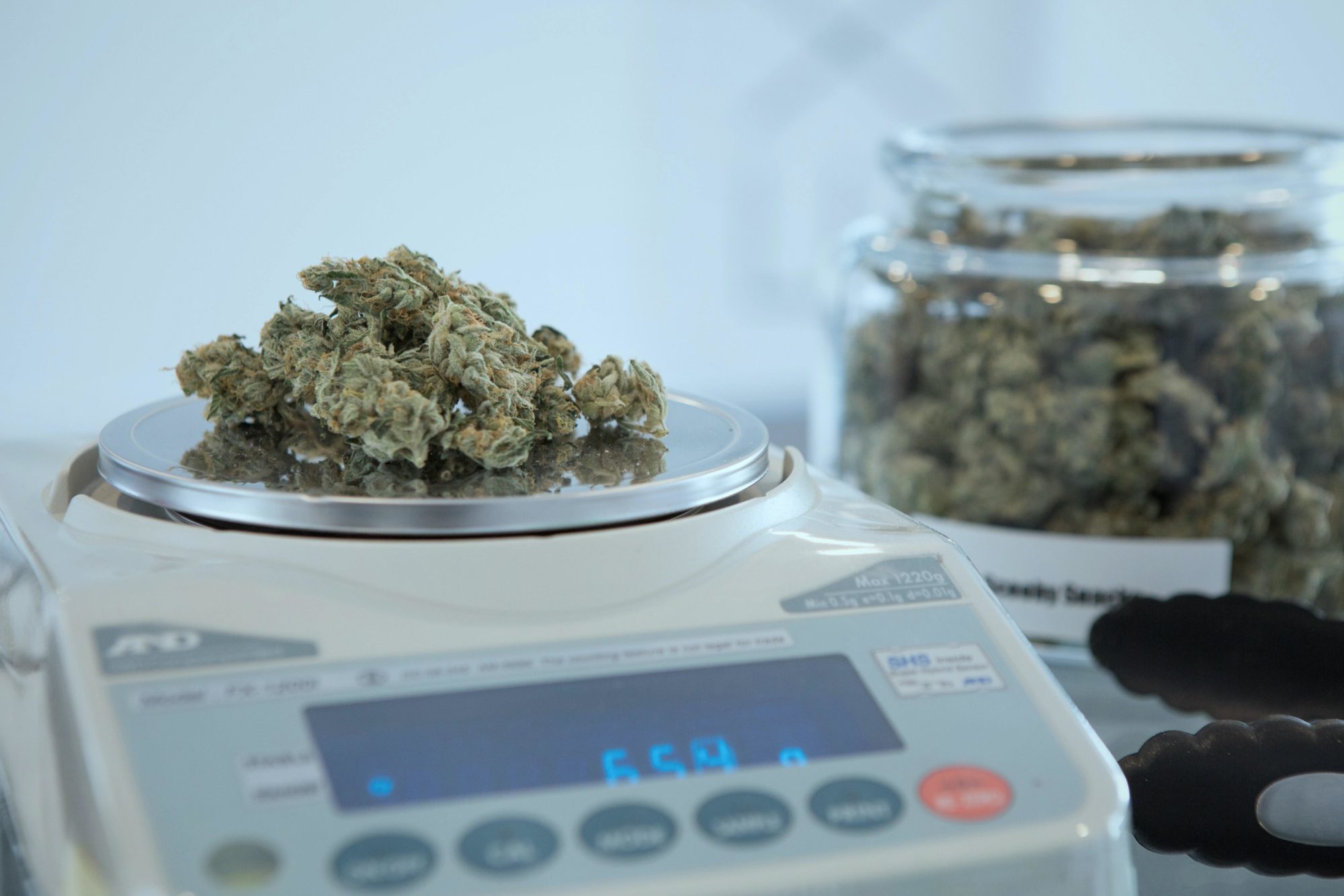 Photo by @budding courtesy of Unsplash

Let’s start big (or biggest in the context of a dispensary customer for all of you quap and pound folks), and work our way down to the small stuff. You may have heard ounces referred to as terms like a zip, onion, an O, or some other slang that referred to what looked like a big bag of weed. Well, that big bag of weed was an ounce, or 1/16th of a pound, or 28 grams, depending on which direction you want to scale. For today, we will work our way down the scale, starting with the largest quantity being an ounce. Historically, ounces have been broken down into fractions of 1/8th, which also resulted in the terms eighth, quarter, and half as they pertain to a fraction of the whole ounce.

State Recreational and Medicinal Cannabis quantity regulations vary from state to state, meaning there is a maximum amount of cannabis product allowed to be purchased during a given visit to the dispensary. However, in most cases, when visiting a dispensary, ounces are the largest unit of measurement you would typically use to determine how much you’re buying with the budtender.

This amount of cannabis is typically associated with flower products. The most common reasons to seek an ounce of flower could be for a seasoned consumer, a “Costco-minded” connoisseur looking to buy in bulk, a large gathering of multiple people (pre-covid, or socially distant, of course), or DIY extraction or edibles recipes.

Dispensaries usually package ounces of cannabis flower in single-use bags, glass jars, or plastic containers. Outside of the cannabis industry, the ounce is associated with food, liquid, and science experiments, of course.

Let’s break it down. According to the US, or imperial, system of measurement, our next step down the scale of cannabis quantities leads us to the Grams. There are 28 grams in an ounce. Divide the ounce into eight equal parts, and each “eighth” equals 3.5 grams. A quarter is seven grams; a half is fourteen grams, and so on, and so forth. There is also the obvious quantity here; one gram. Slowly but surely, we’re getting to the micro-dose; bear with us.

While purchasing cannabis flower in a dispensary, consumers will typically encounter pricing for single grams and eighths, or 3.5 grams. Other unique weights are priced out for the buyer’s experience, but grams and eighths are the most common. Up to this point, we’ve only covered quantities as they pertain to cannabis flower, but when we think about grams, we can also start to consider solvent and/or solventless cannabis extracts. Although, the difference between a gram of flower and a gram of concentrate carries a similar ratio compared to the relationship between a beer, and a shot of liquor.

Commonly, a gram of cannabis flower is a great quantity to refer to if you are trying a new strain for the first time, if you are new to the cannabis experience, or you have a lower tolerance and only need a one-hitter or bowl-pack to feel the effects. While a gram of flower is on the smaller end of the flower spectrum, it is the cornerstone of the cannabis concentrate quantity. One gram of extracts usually runs you anywhere from $50-80 dollars, and is intended to deliver a concentrated dose of Total Active Cannabinoids (TAC), requiring as low as 0.05-0.1 grams for consumption. Usually, these concentrates are consumed by taking dabs.

Density, as it is defined in the dictionary, is “degree of consistency measured by the quantity of mass per unit volume.” Put simply, it is the mass of the object, divided by the volume of the object. One of the most common misconceptions with flower pertaining to quantity is the impact nug density has on the visual representation of the product. Nug density is a real thing, and it’s not uncommon to purchase a dense flower product that looks like you were just shorted by the dispensary. That is never the case, or shouldn’t be. It just so happens that it looks that way, and the characteristic of the cannabis genetics yields denser flowers. Different strains of the cannabis plant produce fluffy or dense nugs, causing a different optical experience the same way different strains produce different terpene profiles and cannabinoids. Below is an image of an eighth, 3.5 grams, of two different strains; Strain 1 on the left and Strain 2 on the right. As you can clearly see, Strain 1 is much more dense, causing the flowers to look smaller. Strain 2’s flowers are more fluffy, and less dense, making them look bigger. 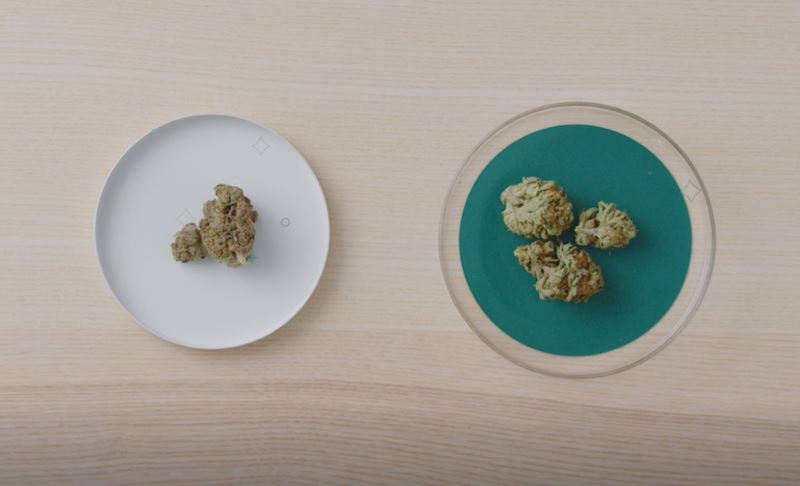 Cannabis budtenders are tasked with informing consumers of recommended dosages, especially when it comes to flower, concentrates, and edibles. Tolerance will play a major role in a consumer’s ideal dosage, along with the product’s Tetrahydrocannabinol (THC) percentage.

THC percentage differs between flower and concentrates. Flower usually ranges from 1% to 38%, THC, while concentrates use Total Active Cannabinoids (TAC) as the indicator of potency, and can range from 70%-98%.

First time flower consumers should start low and steady; lower testing flower and increase consumption over a steady period of time. Flower has an immediate psychoactive onset, so start off with one or two good hits, and work your way up based on comfortability. Please note that lower testing flower does not necessarily mean lower quality. Various cannabis strains naturally produce lower testing or higher testing flower due to genetics. These lower testing strains around 10% to 17% are great for beginners. Concentrates are a much different story.

First time dabbers, slang for someone smoking concentrates, should start with a very small sized amount comparable to a grain of rice. Dabs also have an immediate effect, so the same rules apply as flower. It is recommended to take it slow in order to figure out what dosage works. For more information on dabbing, read our article; How to Dab Cannabis Concentrates. 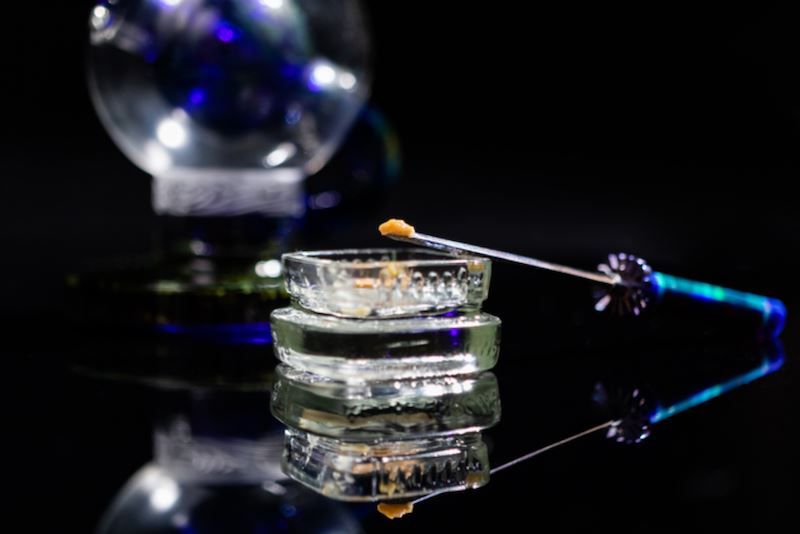 While this article mostly discusses flower and concentrates, it is important to include infused edibles in this conversation about dosages. Those horror stories of people experiencing bad trips on edibles most likely come from a serious excess of cannabis consumption. Unlike flower and concentrates, edibles have a delayed psychoactive effect from 30 minutes to 2 hours, so it is important to dose accordingly.

Dispensaries will dose edibles in milligrams of THC per edible. Similar to concentrates, edibles are infused with active THC, so a little amount goes a long way. The recommended starter dosage for edibles is 1mg to 5mg per edible, whether it is a gummy, cookie, or a brownie. Infused edibles have a vast range of dosages, even reaching 500mg.

You might have heard stories of people saying “I took X amount of edibles and didn’t feel a thing”. The trick is, most edibles are fat soluble so eating an edible on an empty stomach might cause you to lose your high. So here’s a pro tip; even eating something beforehand, such as a spoon of peanut butter which is high in fats, can actually improve your edible experience.

Birthed from the use in the pharmaceutical industry, a dram is a unit of measurement used for cannabis flower and edible containers. As many have compared the two industries, there are a lot of commonalities between them, particularly in the medical cannabis market. It is both a weight of liquid measure and capacity. A dram is equal to one sixteenth of an ounce of liquid as it pertains to the US Customary System of measurement.

In conclusion, cannabis measurements can be complex. Fortunately, cannabis packaging also serves as a standardized guide through the different quantities available to consumers. 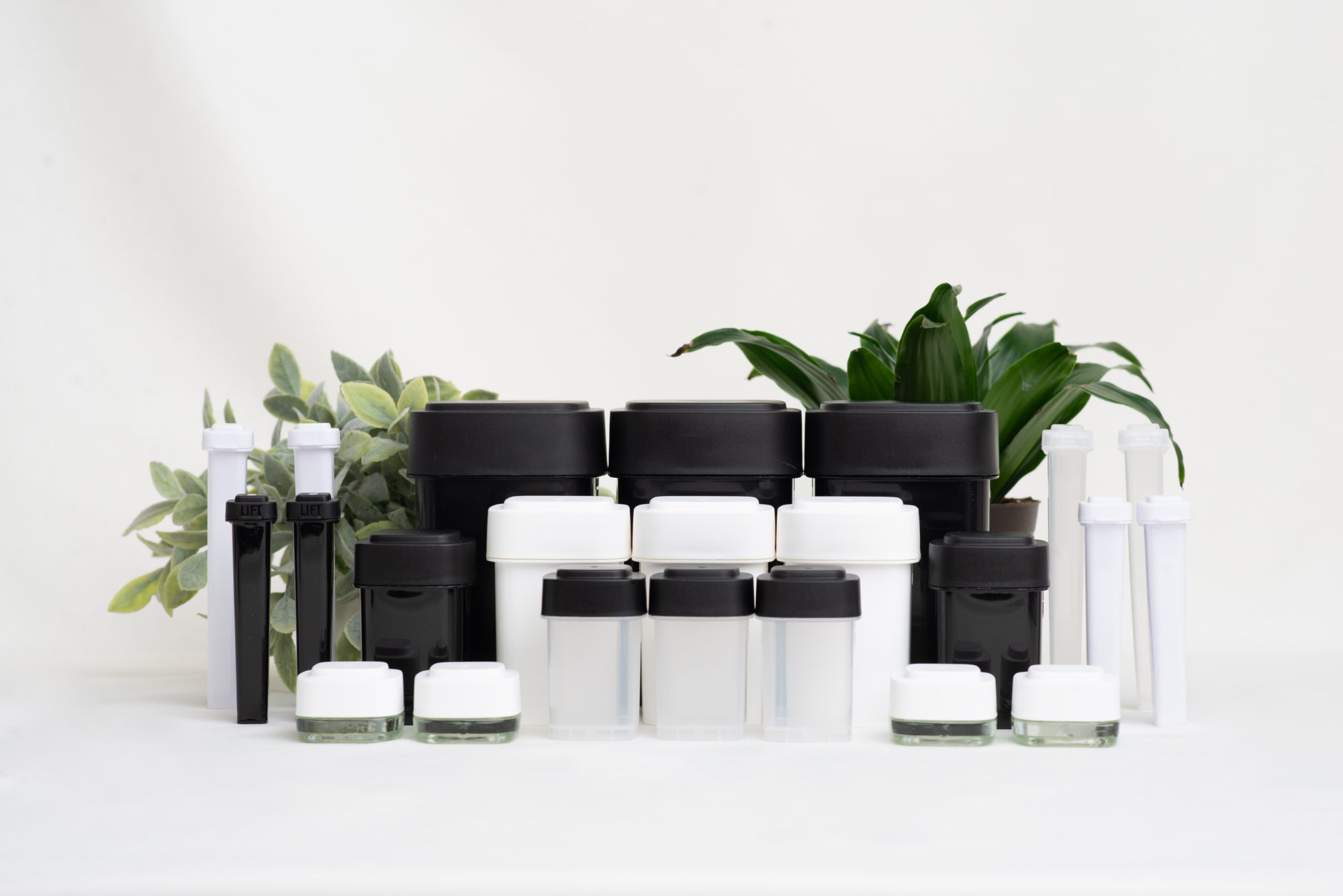 Keep up to date on the latest in cannabis packaging.