Marble Slinger a.k.a. Aaron Golbert has stoked the flames of activism in the subculture glass community since his pipemaking days circa 1997. Based in Philadelphia, Pennsylvania, a cultural center for cannabis glass blowers and pipe makers, Slinger’s art is a reflection of contemporary socio-political culture.

By Calyx Containers in Art of Glass

Marble Slinger a.k.a. Aaron Golbert has stoked the flames of activism in the subculture glass community since his pipemaking days circa 1997. Based in Philadelphia, Pennsylvania, a cultural center for cannabis glass blowers and pipe makers, Slinger’s art is a reflection of contemporary socio-political culture. This is popularly seen in his Assault Girl merch line. 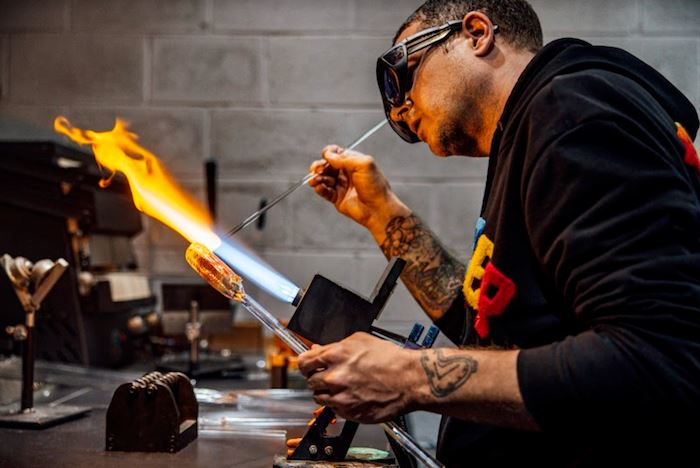 Contemporary cannabis culture has undeniably evolved throughout the years. Undoubtedly, the United States has a strained and paradoxical history with the plant, as seen with the injudicious War on Drugs. While marijuana consumption is now widely accepted in existing and newly legalized states, just two decades prior was a large-scale government crackdown on the largest pipe and cannabis paraphernalia manufacturers in America. This investigation was code-named 'Operation Pipe Dreams'.

Marble Slinger is the Director and Producer of Degenerate Art, a 2011 documentary that chronicles the devastating impact of the 2003 Operation Pipe Dreams investigations. Barrages of law enforcement raids targeted stores and glass studios, as well as owners of online heady shops. At the end of it all, the investigation compromised the livelihoods of 55 lamp workers, bong makers, and distributors, including cannabis idol, Tommy Chong.

As a glass pipe making entrepreneur during that tumultuous period, Slinger experienced the uncertainty and fear around his business’ security first hand.

“If I am going to pursue the American Dream and try to be an entrepreneur, if I get to a certain point of success, the Federal government could shut my business down.” 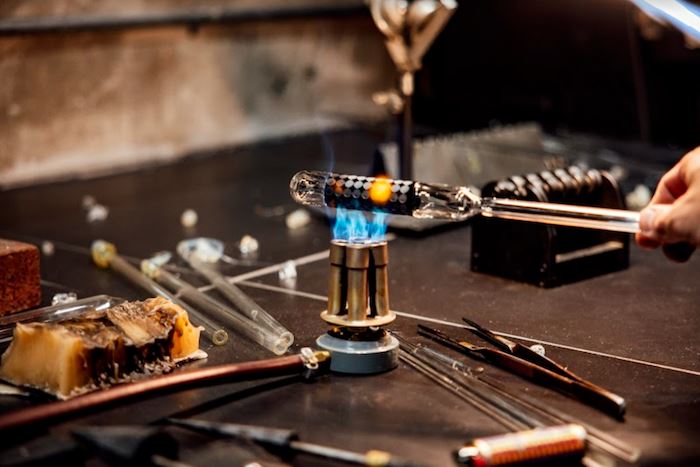 The term “pipe dream” originated in the 1890s to describe the wild hallucinations of opium users. This term garnered a disparaging association, and its application was eventually used to vilify cannabis glass blowers. The estimated cost of the operation is an estimated $12 million and sourced about 2,000 law enforcement officers. The effects of this operation are still felt today by cannabis glass blowers, 18 years later.

Operation Pipe Dreams left a stain on the public's perception of the heady glass community. Despite the United States' slow but steady acceptance of cannabis, pipe makers (also commonly known as lamp workers), who were previously forced underground, still meet difficulty in legitimizing their work in fine art spaces, or as a high value business.

As an artist and entrepreneur in the cannabis community to this day, Slinger is a testament to the shift in the socio-political perception of functional glass. 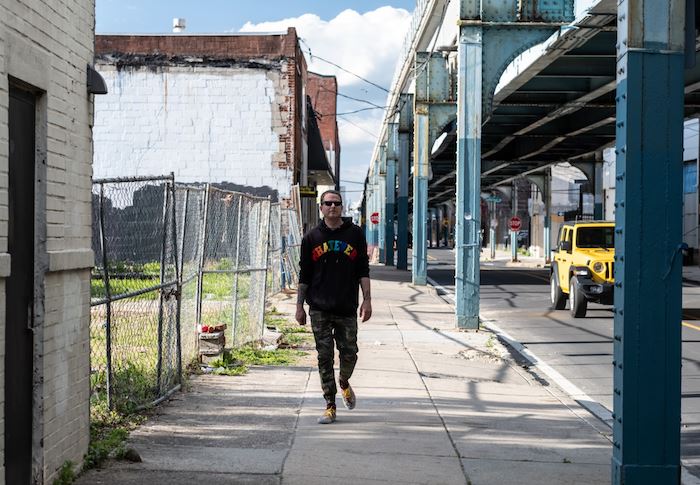 Heady glass is an instrumental part of the cannabis community that has been around since the beginning of the Grateful Dead era. For decades, glass blowers have been providing consumers with beautiful pieces to consume cannabis, with style, and passion.

Art of Glass celebrates heady glass artistry as a key component of cannabis history and consumption culture. From Operation Pipe Dreams to present-day search and seizure, heady glass has been denied its recognition as true cultural artifacts of cannabis. Calyx Containers is collaborating with glass artists to shed light on the nuances of working with this medium and how it has shaped the industry.

With Art of Glass, Calyx Containers hopes to illustrate the importance of quality glass in the consumption experience. With recent legalization and decriminalization efforts, Calyx hopes to also deepen the appreciation of heady glass as a powerful perspective in the story of our nation’s relationship with cannabis.

Looking to grab some glass? Shop the Glass Gallery